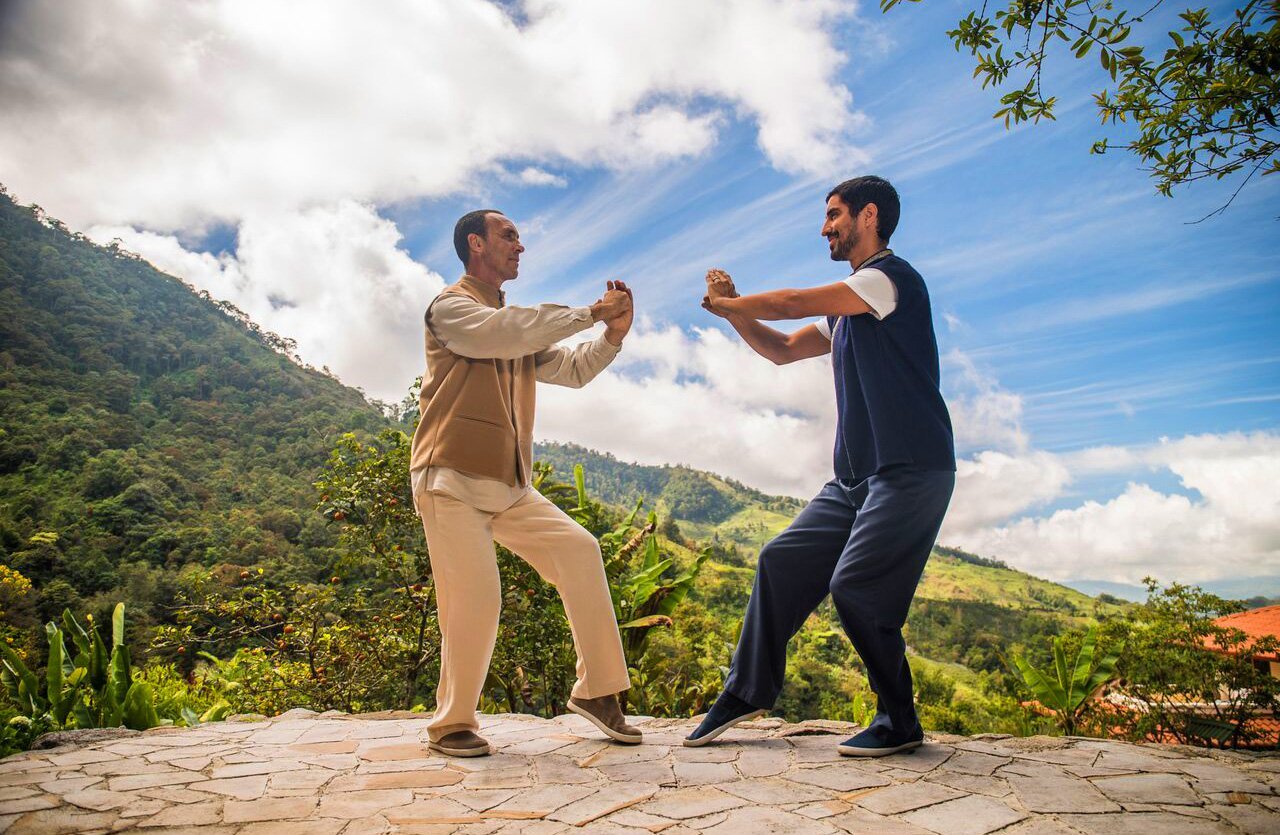 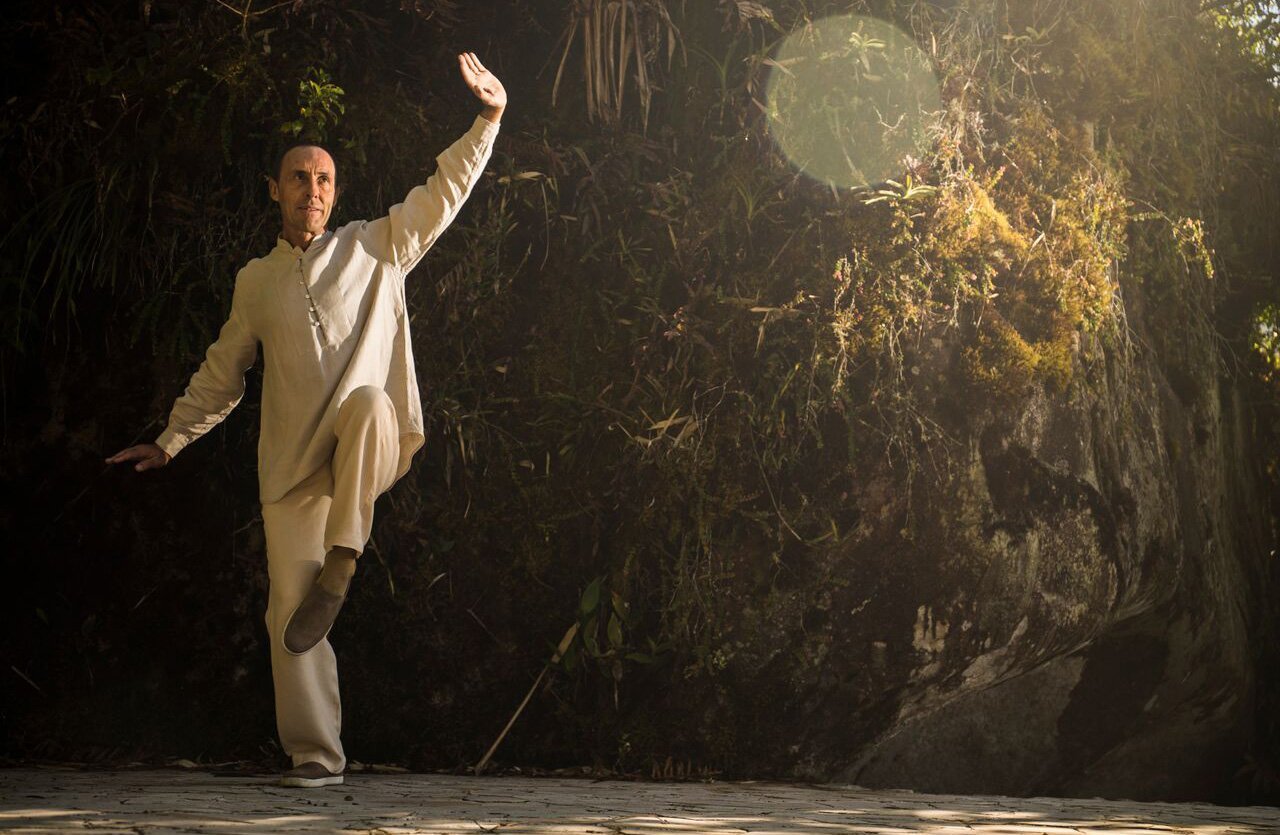 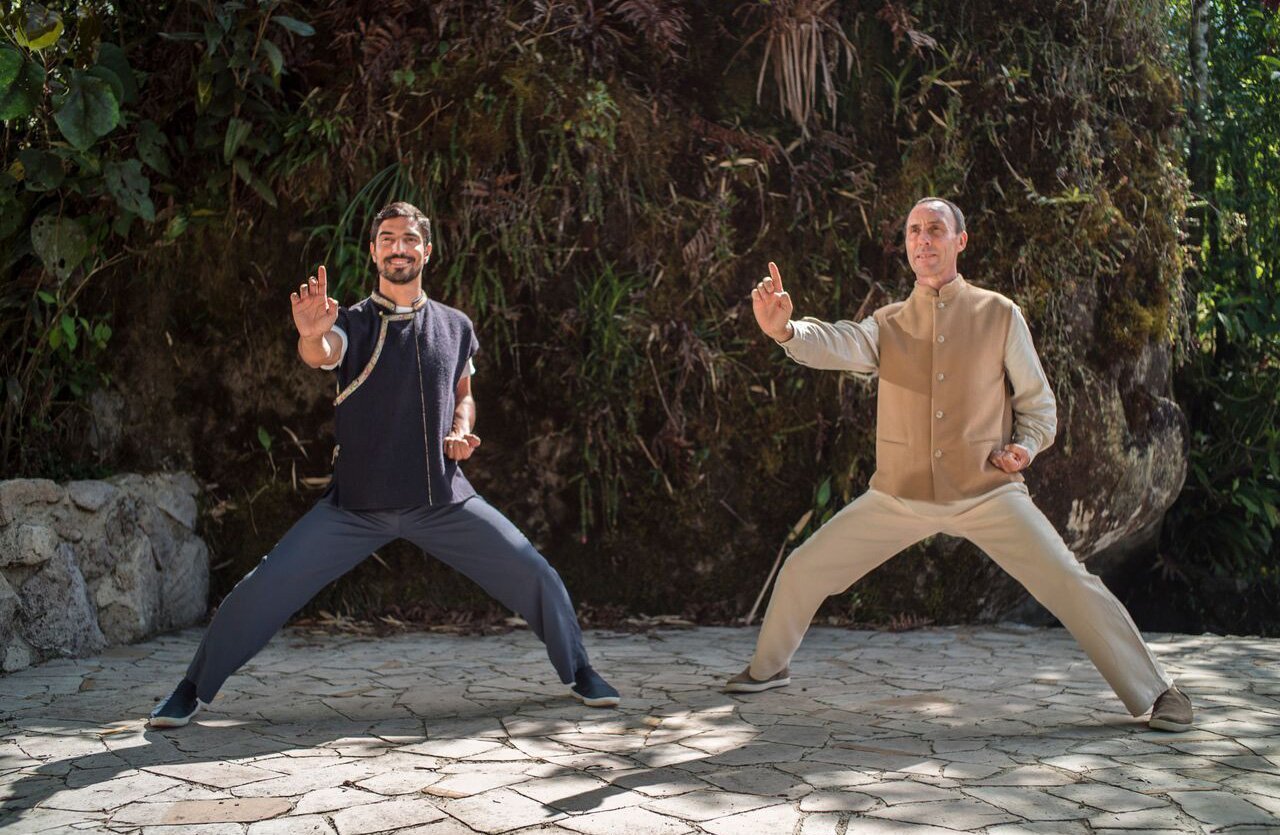 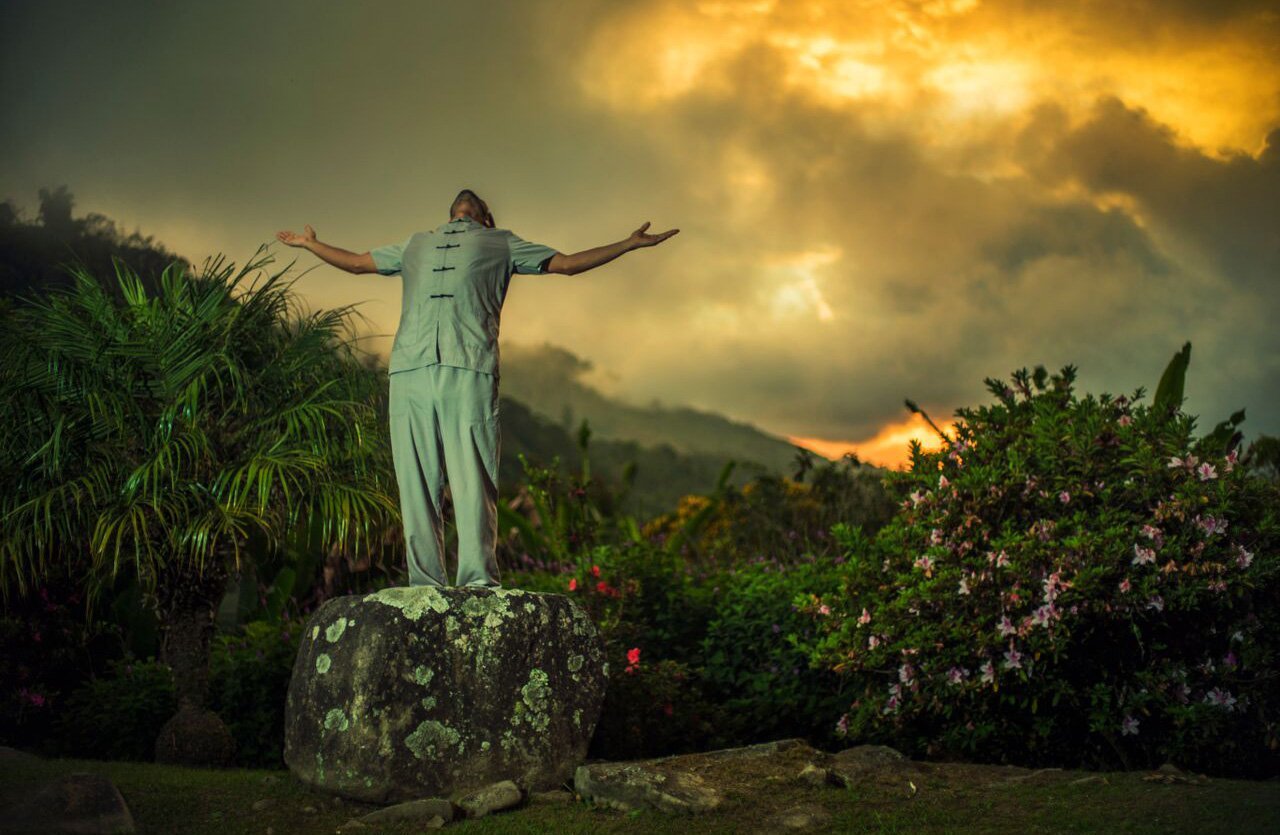 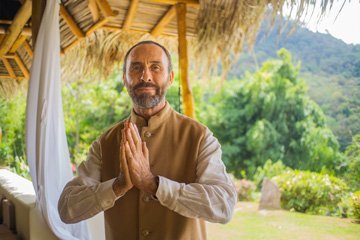 Sifu Rama-Roberto Lamberti, of Italian origin, has dedicated to applying the ancient internal arts to the needs of a modern complex world. He has facilitated processes of transformation for thousands of people, so that they can live their daily lives and their challenges with greater balance, wisdom, and inner peace.

He has trained as a teacher of Chi Kung and Tai chi chuan for 17 years, initially with Franz Moeckl in India and then in Malaysia with Sifu Wong Kiew Kit, whom he accompanied for 14 years and brought him to Latin America in 2001 to introduce these arts in the region.

Chi kung and Tai chi chuan came to complement the findings made since his early youth, in which he was initiated in Advaita meditation with Jean Klein, one of the most important masters of the 20th century. He lived several years in India where he received from H.W.L. Poonja the teachings of Ramana Maharishi in the Inquiry of Being.

He is currently President of La Montaña Azul Training and Retreat Center that he founded in 2004 in Costa Rica. Part of his teachings are reflected in the book The Serene Force, Voices and Silences of Sifu Rama, written by Adelaida Nieto.

Master Resident of La Montaña Azul, Sifu Simón, has received ancestral knowledge of Chi Kung and Tai chi chuan from great masters in America and Asia, and has practiced the internal arts for 16 years.

He was trained in Heartmath, an internationally acclaimed tool as a pioneer in heart intelligence and stress management by organizations such as Stanford and NASA.

He has received training in Chi Kung Healing in Malaysia, Flow Learning and Chi Running in New York.

He is Health Coach of the Institute for Integrative Nutrition of New York and has deepened his knowledge with contributions of Chinese medicine through courses at the School of Traditional Chinese Medicine in Spain.

He is the Director and Founder of Alaya Camp at La Montaña Azul. For 10 years this program provides tools to enhance the capacity of children and young people to live in deep joy and be a source of inspiration for others.

He is also the Founder and Director of “Yo quiero ser” a regional network created to support private, public and social projects in their potential to awaken happiness in people.

International speaker and teacher of Chi Kung and Tai Chi Chuan, he has directed workshops and programs for thousands of people, including leaders of some of the most important companies and social programs in the region.

He has tremendous willingness to serve and be attentive to the different opportunities to give and help.

He has dedicated his life to the development of programs for the improvement of the quality of life of people. 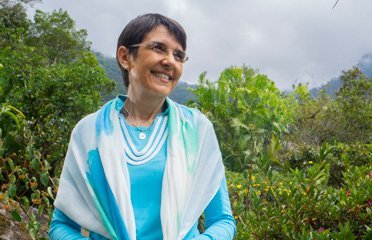 In 2004 she came to Costa Rica to support the creation and development of La Montaña Azul, where she has lived since then. With her contagious joy, she is always attentive and available to serve every person who comes to this magical place, and with whom she shares valuable contributions that enrich and transform her life.

She was the Director of CERLALC, a decentralized Institute of UNESCO for 21 countries in Latin America and the Caribbean, and represented the Latin American region in multiple international events for the social and economic development of the region.

She was the Director of the National Directorate for Children and Youth of the Ministry of Culture of Colombia in various periods of government, a position from which she directed programs in favor of peace with young combatants, former combatants, and displaced families. From this governmental instance, she led and directed the team that opened a cultural center, providing opportunities for children and young people from marginalized communities and youth gangs, as well as a Network of Cultural Organizations for children, with more than 600 associated cultural groups.

In her youth, for more than a decade, she was a well-known film, theater and television actress. She left acting to devote her life to programs that improve the quality of life of people.

She is a volunteer of The Art of Living where she works in the coordination circle of programs of the Prison Violence Reduction Program in Costa Rica.

She has been an international lecturer mainly on issues regarding social co-inclusion, peace and the integral well-being of people and societies.

Among her publications are “Forgetting Forgets,” “Tomorrow is Late” for Children and “The Serene Force.” 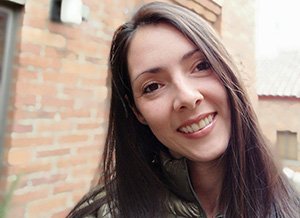 She is Co-founder of the Program Alaya Camp. Since its inception, she has been the coordinator of “Small Grasshoppers,” a program where she works with children from 5 to 12 years old, giving them the opportunity to maintain their essence and capacity of amazement for the small-great things of life through the contact with nature, with themselves and with others.

She is an Environmental Manager and has a training in Mindful Schools and the Full Attention methodology to apply with children and adolescents in educational centers and individual programs.

During the last 2 years she has participated in the collective creations of the kitchen of La Montaña Azul and has dedicated herself to supporting its internal organization, giving rise to the implementation of new processes and dishes, enriching the full expression of Happy Food of this center.

Currently she also promotes the spirit of the Blue kitchen, with the opening of new spaces of education in Costa Rica and Colombia, to inspire participants on how they can relate to their nutrition to nourish their health, happiness and well-being from the consciousness of cooking with love.

This has also led her to be part of the processes of change in the kitchens of schools in Costa Rica and Mexico, bringing Happy Food to children and young people. 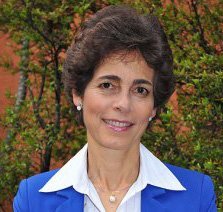 Colombian physician from the Javeriana University, who has specialized in complementary medicine that she has practiced for 30 years.

Professor of the Institute of Human Values ​​IVHSSS in Bogotá for 10 years. She has deepened the subject of the relationship of food and health, consolidating parameters that have benefited many people with their teachings. She has researched the events that accompany death and the links between those who die and their friends and family. This work has not only been to collect bibliography on the subject, but with their own patients, providing personal experiences that can be very useful for everyone.

She is the author of various documents on internal growth and comprehensive health. Her book Experiences with Heaven has been a Best Seller and an inspiration for thousands of people in different parts of the world. 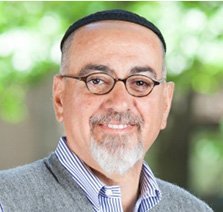 He has worked for the integration of people with disabilities into society and has developed retreats of spirituality, meditation, mindfulness and social justice. He has worked in the area of ​​human rights and interreligious peace activities. 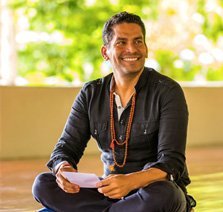 He was born in Santiago de Cuba. Author of several best sellers such as: Life is a piñata, The emotional illiterate, The power of listening, A good son of P… and The secret of bamboo.

He graduated with a degree in Art History from the Universidad of the Orient and Journalism from the School of Communication at the University of York, Canada, among other studies. He has continued his preparation at the hands of world icons such as: Deepak Chopra, Tony Robbins, Robin Sharma, John Maxwell, Camilo Cruz, Chris Gardner and Don Miguel Ruiz. After working as a communicator at CNN in Spanish, today he is an ambassador of social entrepreneurship, mindfulness and well-being through his many conferences and seminars before massive audiences in Latin America, the United States, Canada and Europe. 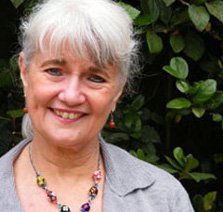 The first meetings and courses in America of the Art of Living were held at her home in California by Sri Sri Ravi Shankar.

His first visit to Costa Rica was in 2004 and since then she has visited us on several occasions to offer courses in breathing, meditation, and silence.

She currently resides in Panama and continues to travel throughout the year to different countries in Latin America where her presence, wisdom and knowledge are celebrated with great joy. 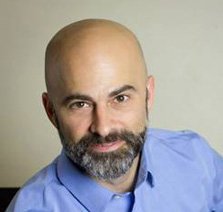 He was cured of clinical depression, back pain, anxiety and chronic fatigue using the ancient Chinese healing art of Chi Kung. Since then he has taught thousands of people around the world to use Chi Kung for their own health problems and general well-being.

Today he has a popular website about Chi Kung where he has published more than 145 articles on the subject. His international Flowing Zen organization has 25 certified Chi Kung instructors. 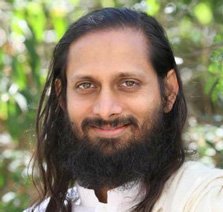 Born in India in 1973, Swami Paramtej has been a senior instructor in yoga and meditation at The Art of Living since 2003. With a solid background in the areas of administration and education, he has been working on the dissemination of practical knowledge, breathing and meditation techniques for more than a decade aimed at improving health and reducing stress with a strong emphasis on social development programs. 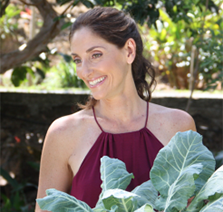 She received her Bachelor of International Relations in Mexico City in 1994 and her professional training in Integral Nutrition at The Institute of Integrative Nutrition in New York City in 2010. She is certified by the American Association of Drugless Practitioners, Sunny Purchase University NYC and has studied directly with the best exponents on the subject of nutrition and spirituality in the world.

Faced with the constant question of how to co-create her reality through the energetic and spiritual body she got involved in the study of different healing practices.

Her practice of shamanism was directly with the Mazatec indigenous communities since 1999, as well as through the rites of the Munay Ki, from the traditions of the Laikas Queros, of Peru. It was there that she discovered that magic happens when we honor, respect, and integrate all our bodies: the physical, mental, emotional and spiritual. 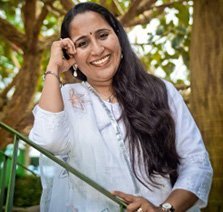 Senior Professor of The Art of Living and the International Association for Human Values, both international organizations with presence in more than 150 countries. She teaches more than 20 specialized courses and is one of the key coordinators of the organization in the world.

Through her serene presence, deep knowledge, and her 15 years of service she has motivated the growth of more than one million people around the world. 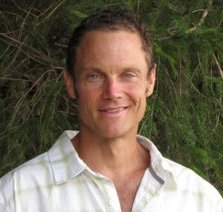 He currently serves as a senior member of the faculty of the Center for Mental Body Medicine and as Nutrition Director for Nutritional Drugs.

In addition to his passion for increasing public knowledge and awareness on the subject of how food and agriculture influences health and disease patterns, John is a traveler and adventure climber who has spent considerable time with indigenous cultures in many of the Remote mountain ranges of the world. 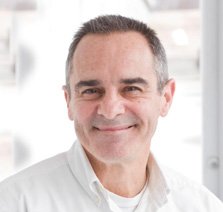 Certified doctor in internal medicine, nephrologist and integrative medicine that he has practiced for more than 25 years. He received his A.B. from Boston University and his master’s degree in law from the University of Massachusetts School of Medicine. His postdoctoral training was at the Harvard Medical School. He completed his kidney scholarship at the Massachusetts General Hospital in Boston. 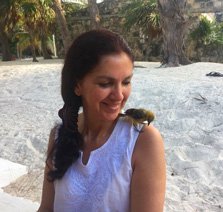 She graduated as a Microbiologist at the Univeristy of Costa Rica in 1981. She came in touch with The Art of Living in 2001 in a meeting with the founder Sri Sri Ravi Shankar on his third visit to Costa Rica. For 5 years she collaborated as a volunteer for The Art of Living in the organization of all the courses taught in the country and traveled every year to international meetings with the founder. 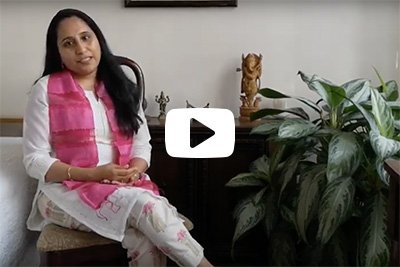 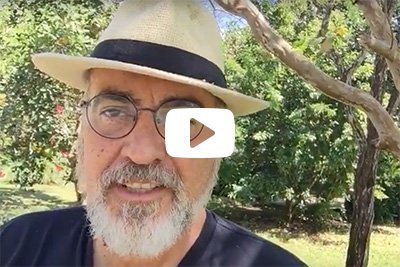